Roe v. Wade, the historic 1973 Supreme Court decision that made abortion legal in the first trimester of a woman’s pregnancy, is in danger of being struck down by the conservative majority, according to news reports published Monday night.

According to this Washington Post article, a draft opinion published by Politico said that a majority of justices are ready to reverse the ruling — though until a decision has been formally announced, any vote that has been taken can be reconsidered. In any case, the leak itself was big news — an unprecedented breach of court protocol in modern times.

The following background on the case comes from the National Constitution Center, a nonprofit organization in Philadelphia with a congressional charter to disseminate information about the U.S. Constitution on a nonpartisan basis:

On Jan. 22, 1973, the Supreme Court handed down a decision that continues to divide the nation. In Roe v. Wade, the court ruled that a state law that banned abortions except to save the life of the mother was unconstitutional under the 14th Amendment. The decision has proved to be one of the most controversial cases in the court’s history.

Norma L. McCorvey discovered that she was pregnant in June 1969. It was to be her third child, but McCorvey wished to have an abortion. At the time, Texas law allowed for abortion only in cases of rape and incest or to save the life of the mother. McCorvey was advised by her friends to falsely assert that she had been raped, but there was no police report to back up this claim. Instead, McCorvey attempted to have an illegal abortion, but she soon discovered that the authorities had shut down the facility.

McCorvey visited a local attorney seeking advice on what to do next. The attorney assisted McCorvey with beginning the process of putting her child up for adoption and referred her to Linda Coffee and Sarah Weddington, two recent graduates of the University of Texas Law School.

Coffee and Weddington brought a lawsuit on the behalf of McCorvey (who went by “Jane Roe” throughout the case to protect her identity), claiming that the state’s law violated Roe’s constitutional rights. The suit claimed that, while her life was not in danger, Roe had a right to obtain an abortion in a safe, medical environment within her home state. The U.S. District Court for the Northern District of Texas agreed and ruled that the law violated Roe’s right to privacy found in the Ninth Amendment, making it unconstitutional.

Texas appealed the decision to the Supreme Court, and the case reached the court in 1970. However, the court decided to wait to hear Roe until it had decided Younger v. Harris and United States v. Vuitch. After the court announced the decision in Vuitch, which upheld the constitutionality of a Washington, D.C., statute that similarly outlawed abortion, the justices voted to hear Roe and the closely related case of Doe v. Bolton.

Arguments in the case began on Dec. 13, 1971. Shortly before that date, Justices Hugo Black and John Marshall Harlan II retired from the bench. Chief Justice Warren Burger decided that Roe and Doe, as well as the other cases that were scheduled on the docket, should go on as planned.

Jay Floyd, who was representing Texas in the case, opened his argument with what commentators have described as the “worst joke in legal history.” In reference to Coffee and Weddington, the female attorneys representing McCorvey, Floyd began by saying, “Mr. Chief Justice, and may it please the court. It’s an old joke, but when a man argues against two beautiful ladies like this, they are going to have the last word.”

The rest of the case was argued that day. However, as Justice Harry Blackmun was attempting to draft a preliminary opinion based upon the law’s vagueness in May 1971, he proposed to his colleagues that the case be reargued. After some debate on the issue, the case was reargued on Oct. 11, 1972. Texas Assistant Attorney General Robert C. Flowers replaced Floyd.

Blackmun remained as the justice selected to the court’s opinion following the second argument, and on Jan. 22, 1973, the court issued its 7-to-2 decision. In it, the court determined that Texas had violated Roe’s constitutional right to privacy.

Drawing on the First, Fourth, Ninth, and 14th amendments, the court said the Constitution protects an individual’s “zones of privacy.” Citing cases in which it was ruled that contraception, marriage and child rearing were activities included in these zones, the court found that the zone was “broad enough to encompass a woman’s decision whether or not to terminate her pregnancy.”

Because the court determined that abortions were within a woman’s zone of privacy, it was ruling that a woman had a fundamental right to the procedure and that any limitations on abortion must meet the standards of strict scrutiny. This meant that there must have been “compelling state interest” in regulating abortions, and the legislation must have been narrowly tailored to meet this “compelling” state interest.

The court then assessed the state’s interests. Justice Blackmun found two legitimate government interests: protecting the mother’s health and “protecting the potentiality of human life.” To balance the fundamental privacy right to abortion with these two state interests, the court created the trimester framework. This solution determined when the right to abortion would be without limitations and when the state’s interests would be compelling enough to outweigh the woman’s right to choose.

The court said that during the first trimester, the abortion decision was left to the woman and her doctor. Following the first trimester, until fetal viability, the state’s interest in the mother’s health reaches the compelling level, and the state can regulate the procedure, only if it “reasonably relates to the preservation and protection of maternal health.” When the point of fetal viability is reached, then the state could protect its interest in “potential life” and regulate abortion to that end. This includes banning the practice of abortion at that stage in the pregnancy.

In 1992, the court adjusted the trimester framework in Planned Parenthood of Southeastern Pennsylvania v. Casey. In that case, the plurality asserted, under the 14th Amendment, that the mother had a constitutional right to abortion and that this right could not be unduly interfered with by the state prior to viability — what’s known now as the “undue burden” test.

Ever since the Roe v. Wade decision was issued in 1973, the case has remained one of the most contentious in the public sphere. It has inspired political campaigns and movements and sparked debates throughout the nation over ethics, religion, biology and constitutional law.

And this classroom lesson is from C-SPAN — a nonprofit public service television network — with links to related videos:

The Supreme Court has the power to interpret the Constitution. Its rulings on cases determine the meaning of laws and acts of Congress and the president. Knowing the key decisions of the Supreme Court and the precedents they set is vital in understanding the meaning of laws, how our country has changed over time, and the direction the country is headed. In this lesson, students will examine the case of Roe v. Wade.

Coming of age during Roe v. Wade: Women tell us how they saw the moment then and now

The original Roe v. Wade decision also was leaked to the press

Wed May 4 , 2022
Seldom do I stray into the business enterprise of predictions, especially in matters of legislation, but this one appears secure more than enough: Rep. Marjorie Taylor Greene of Georgia is not going to be knocked off the election ballot by a dated and toothless provision of the Structure. The spectacle […] 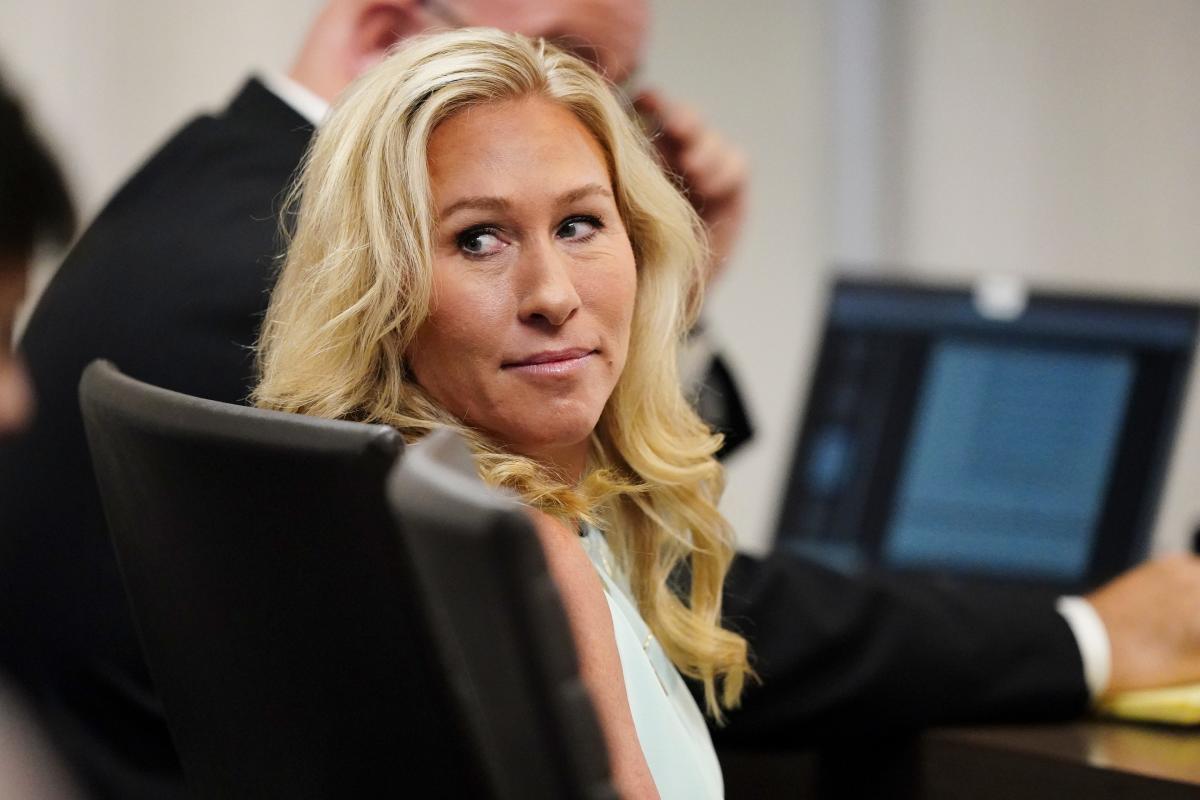