© Provided by The Indian Express

As children in schools took exams online for two years, many had peers and parents helping them through, say teachers.

Now that they are back to school, teachers say they observe a marked difference between their performances in the classroom and what they saw in online tests, while principals say they need to put in substantial work to undo what they feel has became common practice during the pandemic.

Teachers and principals in five prominent Delhi schools told The Indian Express that the most difficult part of dealing with unfair practices in online examinations was the role that they found parents playing in it.

“The first term examination that we held in 2020 was a very shocking experience for us. We were flabbergasted by the results. All the children scored unnaturally well and it became clear to us that this was not an honest assessment of their academic progress. From class 5 to class 12, we did not issue report cards to any student for that exam. Instead, we held a very strong one-on-one online PTM and told them that this is what happened and that we need their cooperation to prevent a repeat of this,” said the principal of one of these schools.

Unconvinced with the quality of assessment through the course of the pandemic years, for 2020-2021 and 2021-2022 the school decided not to issue awards based on academic performances such as ‘scholar badges’ and ‘scholar blazers’ which are otherwise given out annually.

With primary and middle school children now returning to school, teachers say some of the observations are alarming. “They are struggling with writing tests offline. We can clearly see that there are huge learning gaps. On paper these kids seemed brilliant, but now we know just how much of it was actually them and how much was through unfair means,” said a language teacher for classes 6 to 10.

A class 11 and 12 teacher in another school said that weakened writing skills can be seen in older students’ offline answer sheets as well. “Ever since they’ve come back to school in the last couple of months, their performances are not as good. Their writing skills have suffered immensely. Some sections of the papers which are very descriptive, you can see the difficulty that kids are having in answering. Kids who did well before the pandemic will end up doing pretty well regardless, but I think it’s the kids who were average to begin with who are showing a decline,” she said.

While these schools required students to keep their laptop cameras on while writing online exams, teachers say what could be valid reasons often became excuses to shield cheating – poor network, a camera not working, an old laptop not having a camera. Four of the schools said that they had even caught parents and tutors helping students by dictating answers to them.

“One class 7 student had forgotten to switch off their microphone during a test and the teacher could clearly hear their father helping them. When she confronted him and told him that the student’s test stood cancelled and that she would have to come to school and retake it, he had a very aggressive response. These are huge mental setbacks that we have to confront and undo,” said a principal.

Schools attempted different ways to mitigate cheating, such as introducing an oral exam component in assessment. But they said they faced challenges here too.

“Because we have a large number of students, we decided to conduct these with 4-5 students at a time. They would have earphones on and the teacher would ask them questions orally and they would write out the answers and show them to the teacher on the screen. Later we found out that some students had plugged in one ear to another device where their friends were listening in and telling them answers. The poor teachers were sitting there and cheating was happening right in front of them. After that we decided that we had to do this one on one,” said the principal of one school.

The classes 6 to 10 teacher said that when she tried to conduct oral tests, she could overhear a voice search engine feeding the children answers to questions she was asking them aloud.

“The pressure starts at home. We have counselled parents one-on-one when we found that they had helped their children, we addressed this issue in orientations and parent teacher meetings, but this is something we will have to continue looking into,” said one of the principals.

Sun Apr 3 , 2022
Florida Gov. Ron DeSantis created national headlines Monday when he signed into legislation a divisive monthly bill banning certain classroom instruction linked to gender identification or sexual orientation in community faculties. But the bill-signing at a nontraditional charter faculty in Pasco County sparked thoughts about whether charters, which are general […] 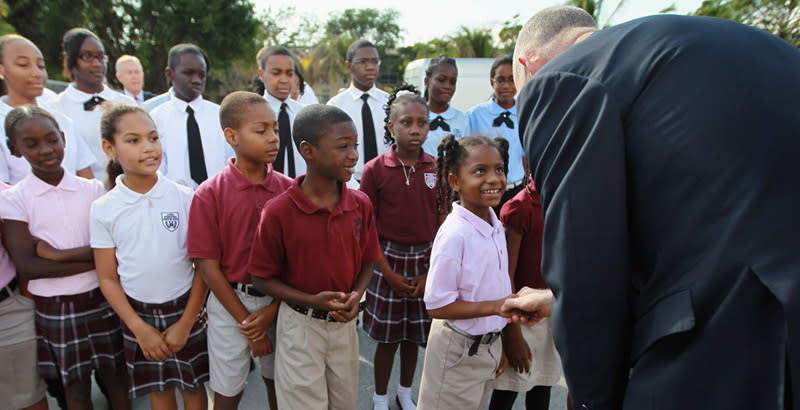