The structure for universal preschool — or at least 10 hours of it a week the year before kindergarten — is set to clear the legislature after receiving initial approval from the state Senate Tuesday.

The preschool services won’t begin until the 2023-24 school year and much of the bill that was voted on Tuesday involved setting up the state agency, the Department of Early Childhood, that will administer it. The department will also take over other resources for family and childhood development currently housed in the Department of Human Services with the aim of creating a universal entry point for people seeking family services.

The department will deputize community organizations, such as nonprofits and public agencies like schools, to connect families with services, including the 10 hours of free preschool.

Backers touted it as a major milestone for delivering on what voters asked for when they overwhelmingly approved Proposition EE in 2020. Skeptics, however, warned it’s creating another large government function without enough money or time to meet Coloradans’ expectations.

In Proposition EE, Coloradans voted more than two-to-one to raise taxes on nicotine products and bring in an estimated $275 million a year by 2027. The proposition text stated the money would be used, among other things, to “enhance the voluntary Colorado preschool program, and make it widely available for free.”

“With one-stop-shopping, with this new agency, we’re going to make it easier for these parents and for the providers,” Buckner said. “That’s what this is all about. Families and children, giving everyone the best start they can get so they can lead a more productive life, and making our families proud and helping out those working parents.”

State Sen. Barbara Kirkmeyer, R-Brighton, spoke against the bill over concerns that it will be operational when it’s supposed to be and that it will truly be a one-stop-shop for family services.

Currently, county human services offer universal applications for services ranging from Medicaid to food assistance and cash assistance for families. Kirkmeyer, who served for 20 years as a Weld County commissioner, worries this department will separate services from each other.

Further, she noted that the state already spends $135 million for child care assistance to families in poverty or close to it, and that money is only able to help 10% of eligible children. The math follows that it would cost $1.35 billion — far more than the expected revenue from the nicotine taxes — just to serve those children.

That’s before confronting the workforce and provider shortage the state is already facing in early childhood care, although the bill specifies the department will be tasked with addressing that.

“The state won’t be able to deliver their promises at all,” Kirkmeyer said. “That’s a huge concern.”

It feels more like the legislature fulfilling a campaign promise for Gov. Jared Polis — he promised universal kindergarten and preschool — than them going forward with a specific plan, she said.

Senate President Steve Fenberg, D-Boulder and a sponsor of the bill, said the goal is to make sure services aren’t fractured and to streamline how parents access them. The structure for the program is based on recommendations from stakeholders including local governments, parents, and childcare providers, he said.

In urging a yes vote Tuesday, Fenberg noted an amendment that requires a review of the program to make sure it’s doing what it’s designed to.

“Let’s all stay engaged and do everything we can to ensure this program is the best it possibly can be so that we’re doing the best for Colorado families, for kids and for the providers that take care of them every day,” Fenberg said.

The Senate voted by voice, meaning there’s no clear tally of votes for or against it until a formal vote is held, likely on Thursday. It already passed the House of Representatives on a largely party-line vote, though with some Republican support.

State Rep. Emily Sirota, D-Denver and a sponsor of the bill in that chamber, said shortly after it passed there the 10 hours of childcare is intended as a starting point for families. Children already served by the existing Colorado Preschool Program, which helps low-income families, and children with disabilities, may qualify for more support.

“Ten hours may be enough for some families, but for a lot of working families, it is not,” Sirota said.

Studies show early childhood education can be a vital boost to children’s long-term development, and young families will be served more immediately with savings on preschool costs, she said. But, there’s the existing problem of making sure families can get preschool and childcare from a labor-intensive workforce that is both expensive to provide and doesn’t pay very well.

“We still have a lot of work to do,” she said. “This department is putting a lot of the right pieces in place, but there will still be years of work to come to ensure that we are continuing to grow the workforce that we need.”

State Rep. Colin Larson, R-Littleton and a co-sponsor with Sirota, said the program isn’t set up exactly how he would design it, but he wanted to be involved in the process. For one, he wanted to make sure it didn’t end up becoming a de facto extension of the traditional K-12 system.

“It’s not a perfect bill by any means, but they kept fidelity to a lot of that stuff,” Larson said, listing grants for religious providers, home education and private and public preschool providers. “Frankly, this is a system I wish our K-12 system mirrored. It’s a great choice environment, it’s very parent and family directed.”

He and a handful of fellow Republicans voted for the bill, but most of the caucus did not. Minority Leader Hugh McKean said the concerns included creating a new bureaucracy, and how it would function, and concerns about the government competing with an industry that already faced pressures before COVID-19 upended it. It’s been slow coming back following the shutdowns, he said, no matter the demand.

“If we’re going to compete with the private sector, and ostensibly put people in the private sector out of business, we’re potentially going to make that problem much worse,” McKean, R-Loveland, said. “Rather than answering a call and solving a problem, we might actually be making a much bigger one.”

Thu Apr 14 , 2022
The Affiliation of American Regulation Educational institutions surveyed 400-furthermore current and former legislation deans about the task, foreseeable future of legal instruction It found dean ranks starting to be much more varied, but most deans nevertheless graduated from top colleges (Reuters) – On the internet educating is not likely to […] 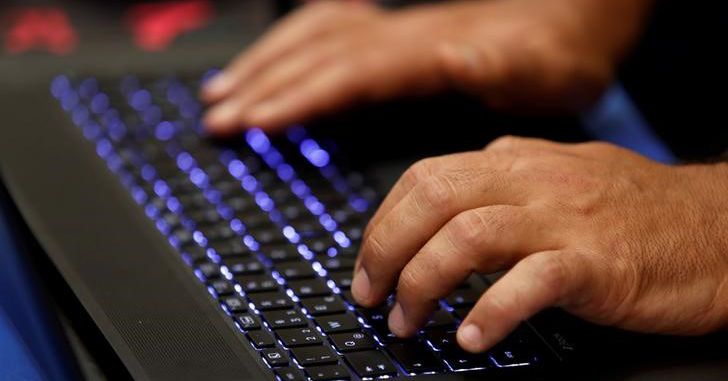